The bodily game Idiootti is inspired by the Finnish term Sisu, which generally means determination, bravery, and resilience. During interviews in the streets of Oulu, Finland, we met some young teenage girls, who told us about how they enjoyed playing a game, where you stand in a circle and have to throw a ball at a person standing in the middle. We used technology to enhance the thrill of risk in this game. The person in the middle has to wear the Idiootti Hattu, a fool’s hat, which blinks when the people in the circle are allowed to throw a ball at the person in the middle. Thus, the technology adds an element of surprise and amplifies the social shame of standing in the middle. The game was also inspired by Benford et al.’s (2012) term Uncomfortable Interactions, which proposes that threat, risk, fearful anticipation, physical pain, and shame can indeed be fun.

This project was made in collaboration with Tajs Hviid Pedersen and Susanne Mäkelä during UBI Summer School 2014 in Oulu, Finland, in the workshop called Designing Bodily Play. The workshop was led by Florian ‘Floyd’ Mueller and Rich Byrne from the Exertion Games Lab at RMIT, Australia.

Interviews in the streets of Oulu 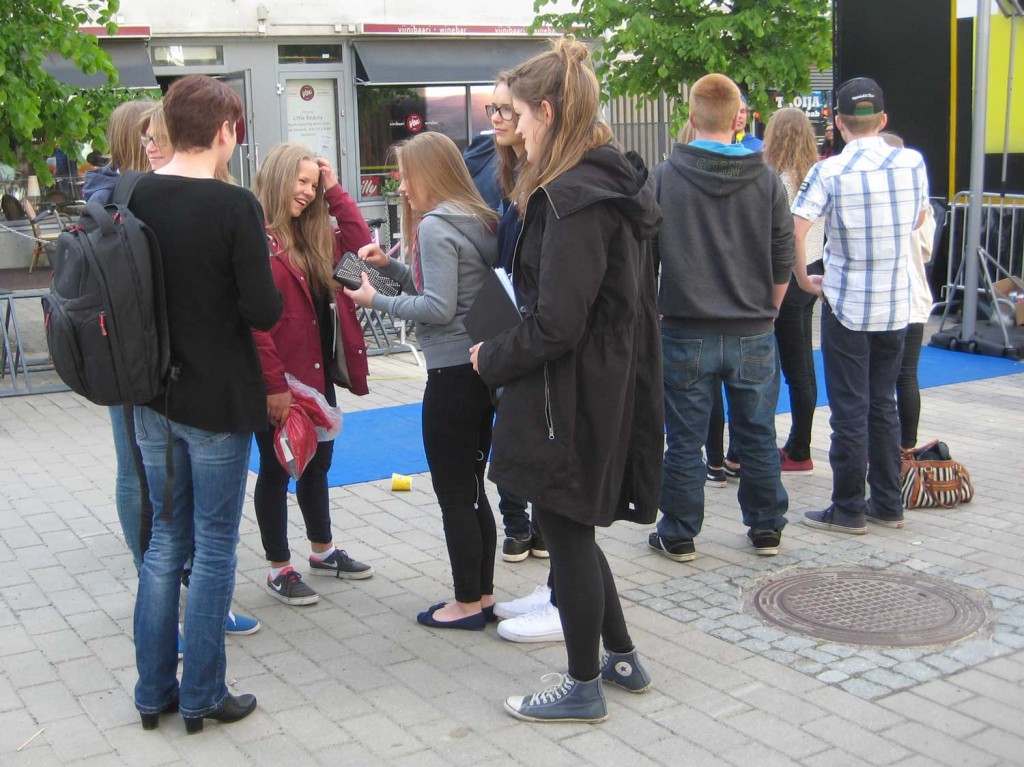 Play testing an early version of the game 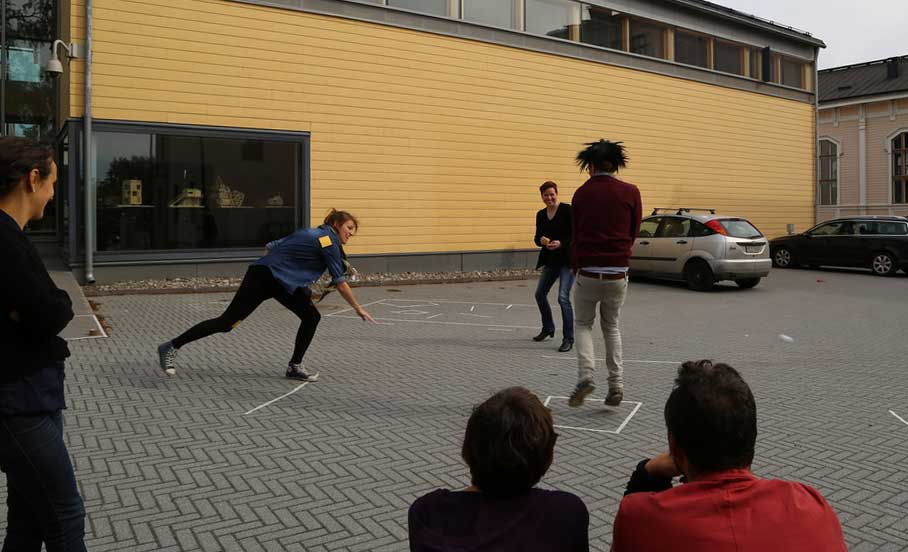 Prototyping on different kinds of vests to detect hits 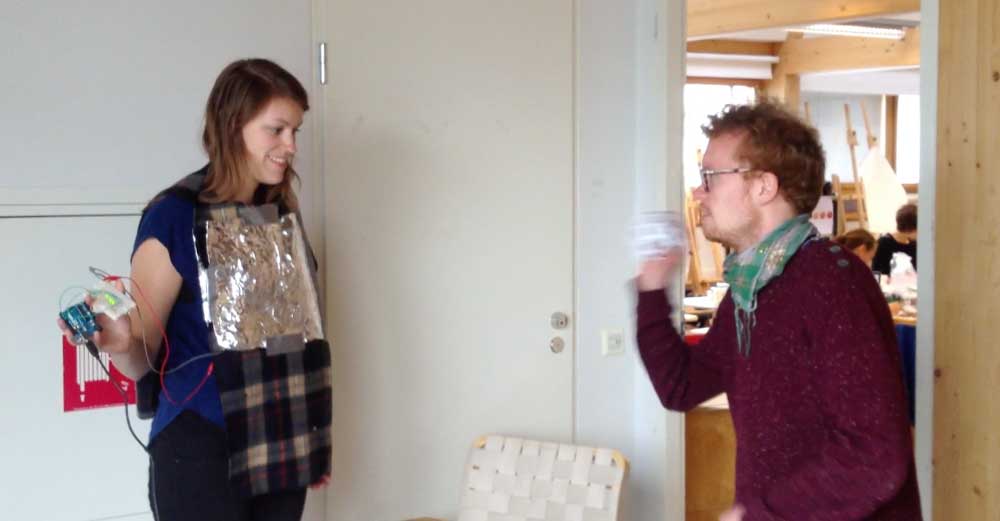 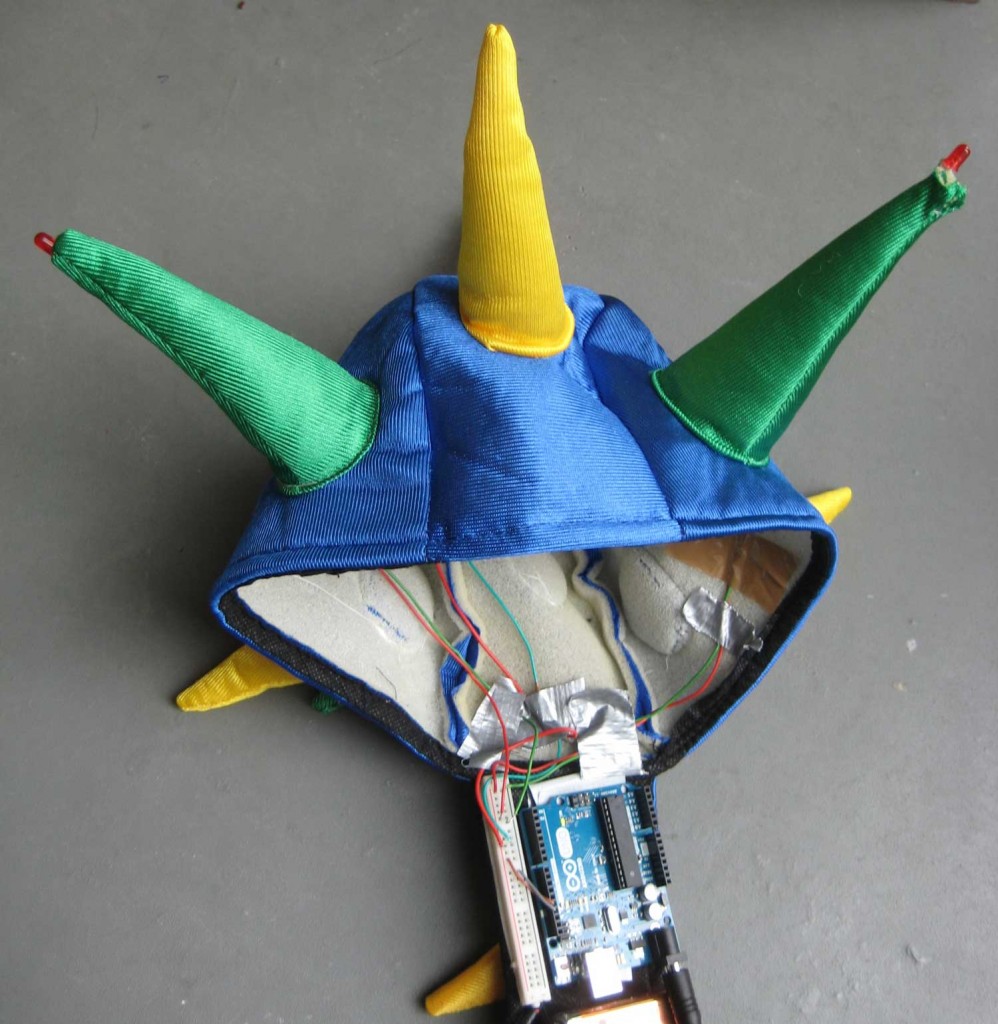 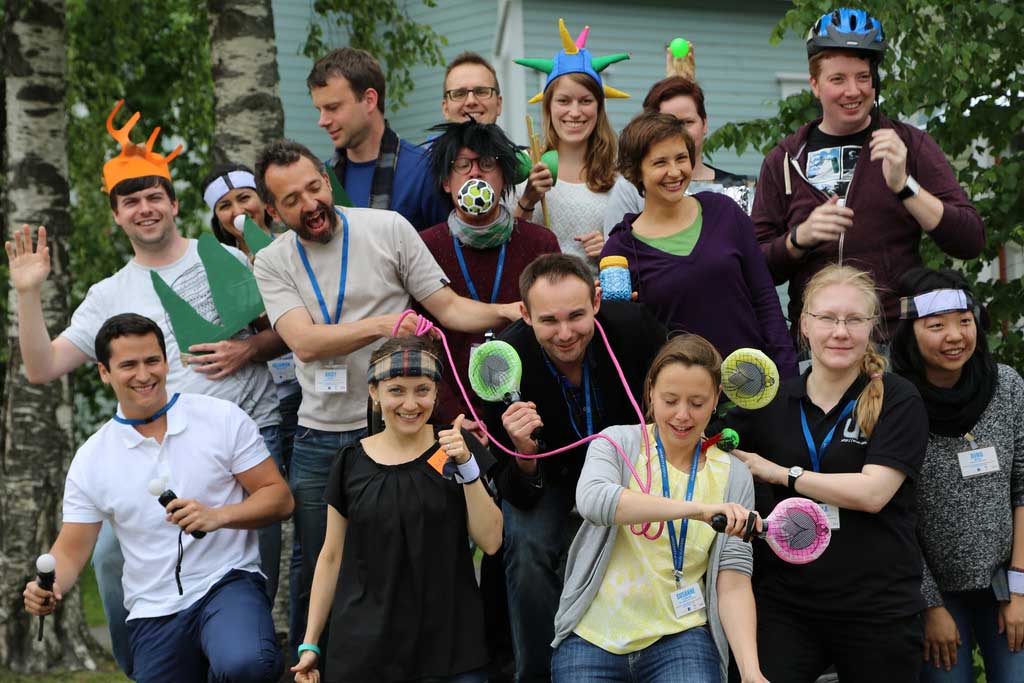